The Swan Symbolises the Team’s Values

There has always been a swan on the small lake at Pabus. It doesn’t take long to understand the marvelous magic of this majestic bird and the landscape. Its light, profusion and reconciliation with nature.

“discretion, balance, nobility and a drive to conquer”

In fact, the swan symbolises Château Pabus and the team’s values: discretion, balance, nobility, elegance and a drive to conquer…

Robert S. Dow takes special care to call attention to the people with whom he creates his wines, insisting that in any piece of work, the style is always set by people. 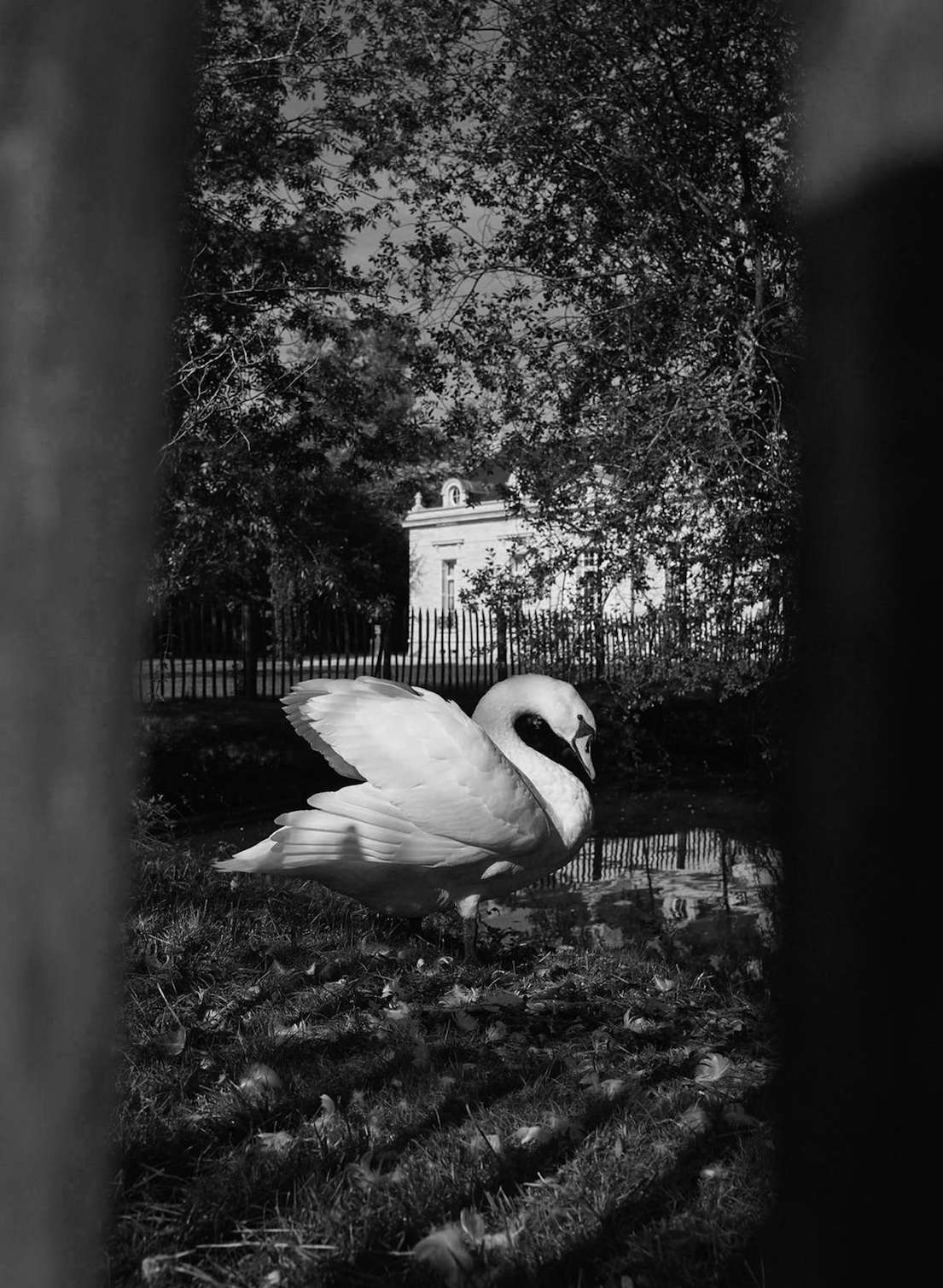 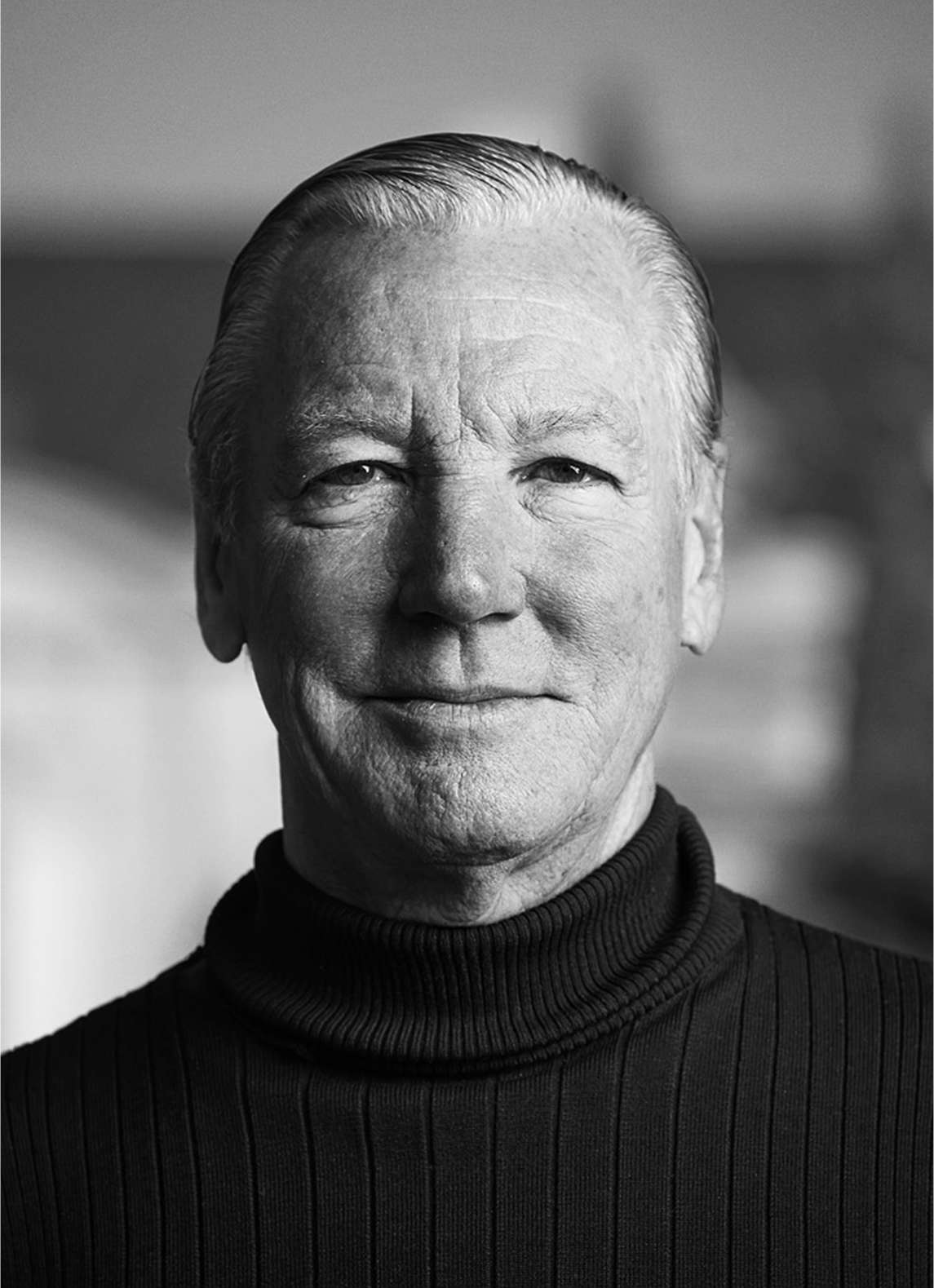 Robert S. Dow is the owner of Château Pabus.

He is a former finance manager, Olympian for the US fencing team. He is also a Doctor of Science (Honoris Causa) of the New Jersey Institute of Technology.

“After forty years in finance, I was looking for something new to dig my teeth into. My daughter knows I love Bordeaux wines, so she persuaded me to invest in a property in the area. After a couple of visits, we fell in love with Château Pabus.

I wanted to make sure it would continue to be run using modern methods, so in 2012, I entrusted its management to its former owner, Kris Couvent, a Belgian wine merchant.

Our determination knew no bounds. We were ready to do everything to elevate Pabus to the pinnacle of the appellation and undertook some serious work on the property.

As part of our obsession with quality, I decided to call in the best experts and engaged Michel Rolland and his lieutenant Mikaël Laizet. Our shared objective was to promote precision in the vineyard and rational wine making to bring out the very best of our terroir. With our dream team in place, our outlook is serene.”

Michel Rolland, recognised as one of the best oenologist on the planet, is devoted to the success of Château Pabus. For many years, he has assisted the team throughout the wine making process.

“Robert Dow has retired from business now. Like any wine lover, he dreamed of having his own wine estate and making his own wines. He isn’t a snob at all.

He didn’t have to own a cru classé. He wanted to uncover a pretty little property with a good quality terroir. Since he’s a tireless perfectionist, he wanted to renovate the buildings, install ultra-efficient equipment and adopt practices and procedures of excellence both in the vines and in the winery, in order to extract the very quintessence of this terroir.

Since he bought the property, Robert Dow has been hard at work. Nothing seems to dampen his determination or his enthusiasm. With his tightly welded team around him that he knows how to motivate, he never falters in his drive to produce distinguished wines.

You only have to taste the very latest vintages to be convinced of the improvement in quality. The 2015 is particularly remarkable. Wine always results from complicity between a winegrower and a consultant.

A new page is being written and I am delighted to be writing it together.” 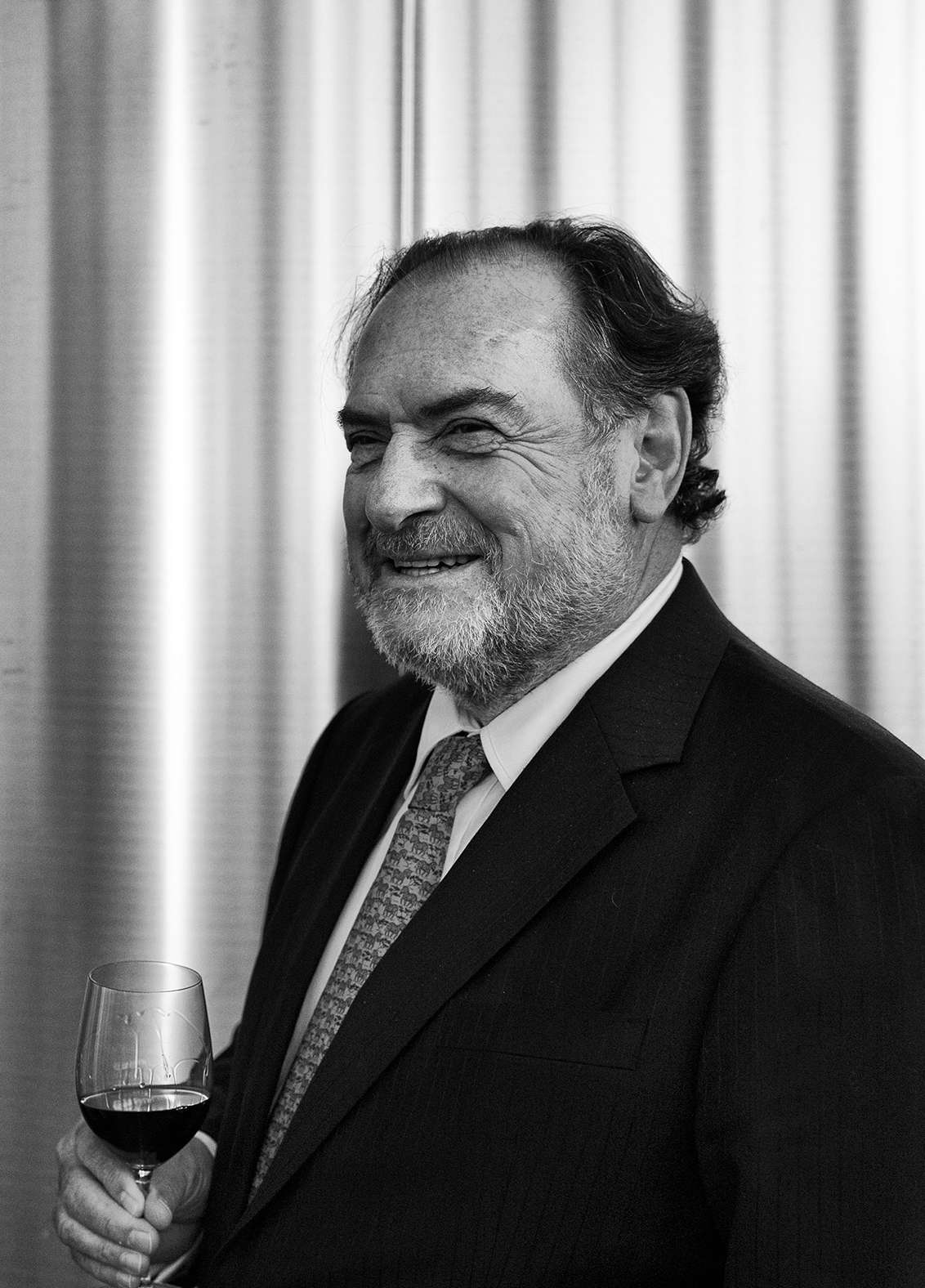 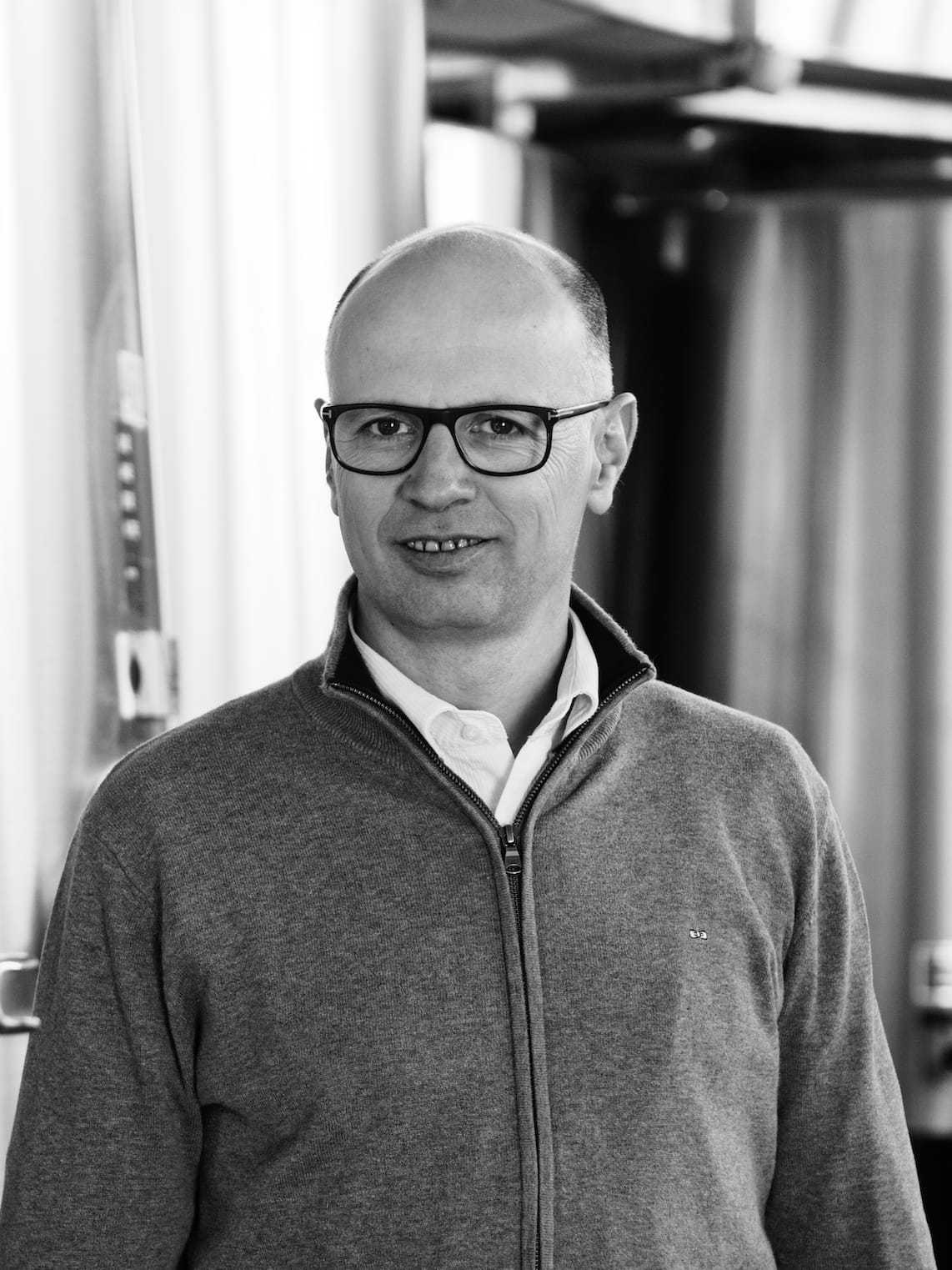 Mikaël Laizet, oenologist, has been a permanent member of Michel Rolland’s laboratory since 2000 and dedicated to the success of Château Pabus.

“Mikaël Laizet was born on 8th May 1973 in Bègles, near Bordeaux. He is the son, grandson and great grandson of farmers and winegrowers.

Until 2014, he owned a small plot of vines in the Bordeaux Supérieur appellation area, within the Cadaujac village boundaries on the family estate, Domaine de Marteau.

Since he was a small child he has always been exposed to all the operations involved in cultivating vines. After studying for a science degree in Population Biology, he was awarded the National Diploma of Oenology in 1998 in Bordeaux.

Mikaël Laizet intervened as an oenologist for many chateaux in Bordeaux, the Loire valley and across the world (Argentina, Spain, Portugal, Mexico and Armenia).”

“The four points on my compass are quality, openness, authenticity and tradition. These virtues steer my trading business and my actions as a winemaker and property manager. At Château Pabus, I strive to apply all four.

I share the same aspiration for excellence as Mr. Dow. We aim for the highest possible achievement from our terroir through continuous improvements, ongoing research and innovations to make our wines clear-cut, multi-layered, tasty and appealing.

Our “haute-couture” winemaking is a team effort with great experts and craftsmen.

We are grateful for the partnership with the consultant oenologists Bruno Lacoste and Michel Rolland and the team who provide daily care to each row and vine of the Château Pabus vineyard.

We make no compromises, spare no efforts to meet the challenge of elevating Château Pabus to the pinnacle of the appellation.” 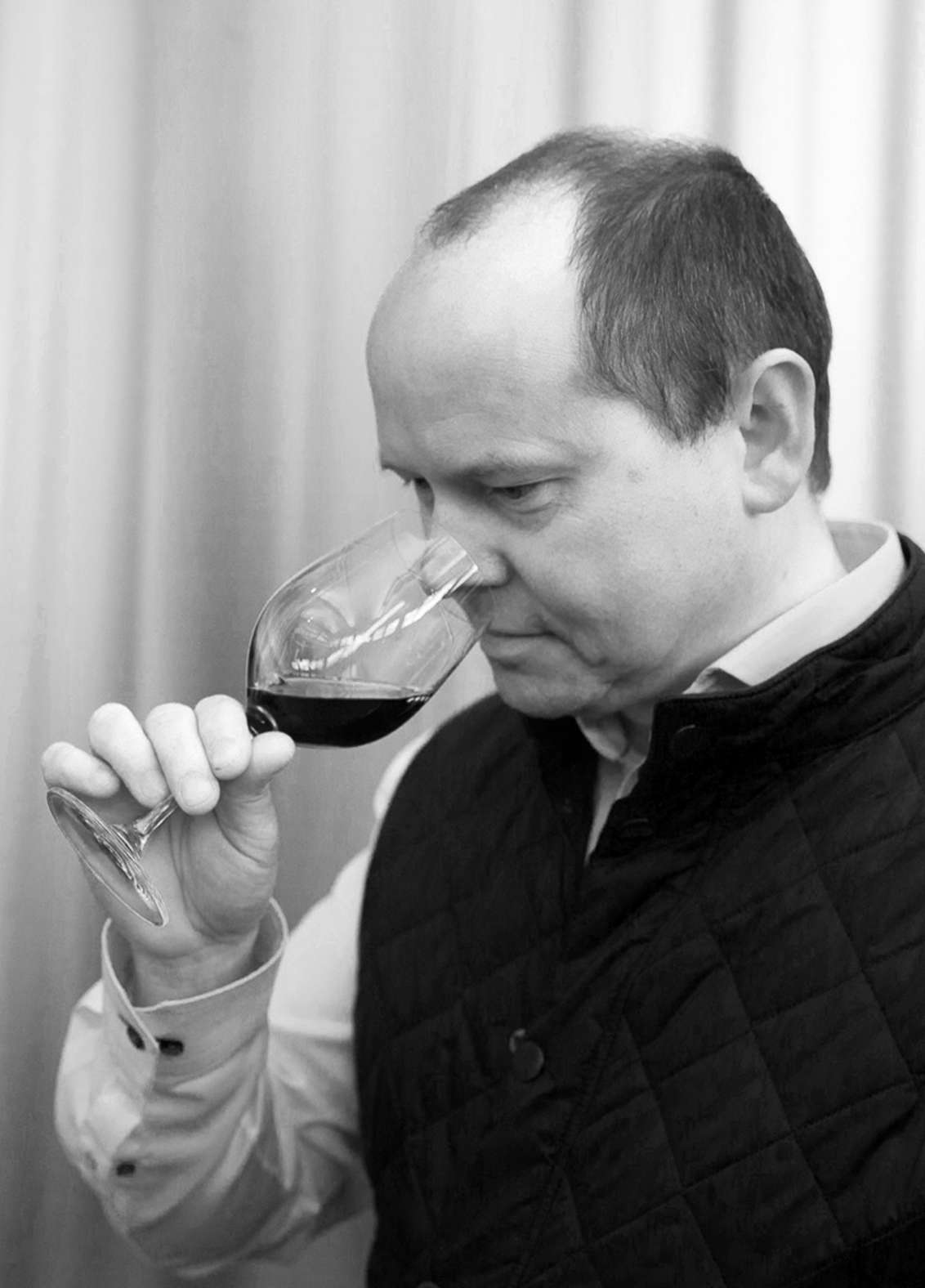 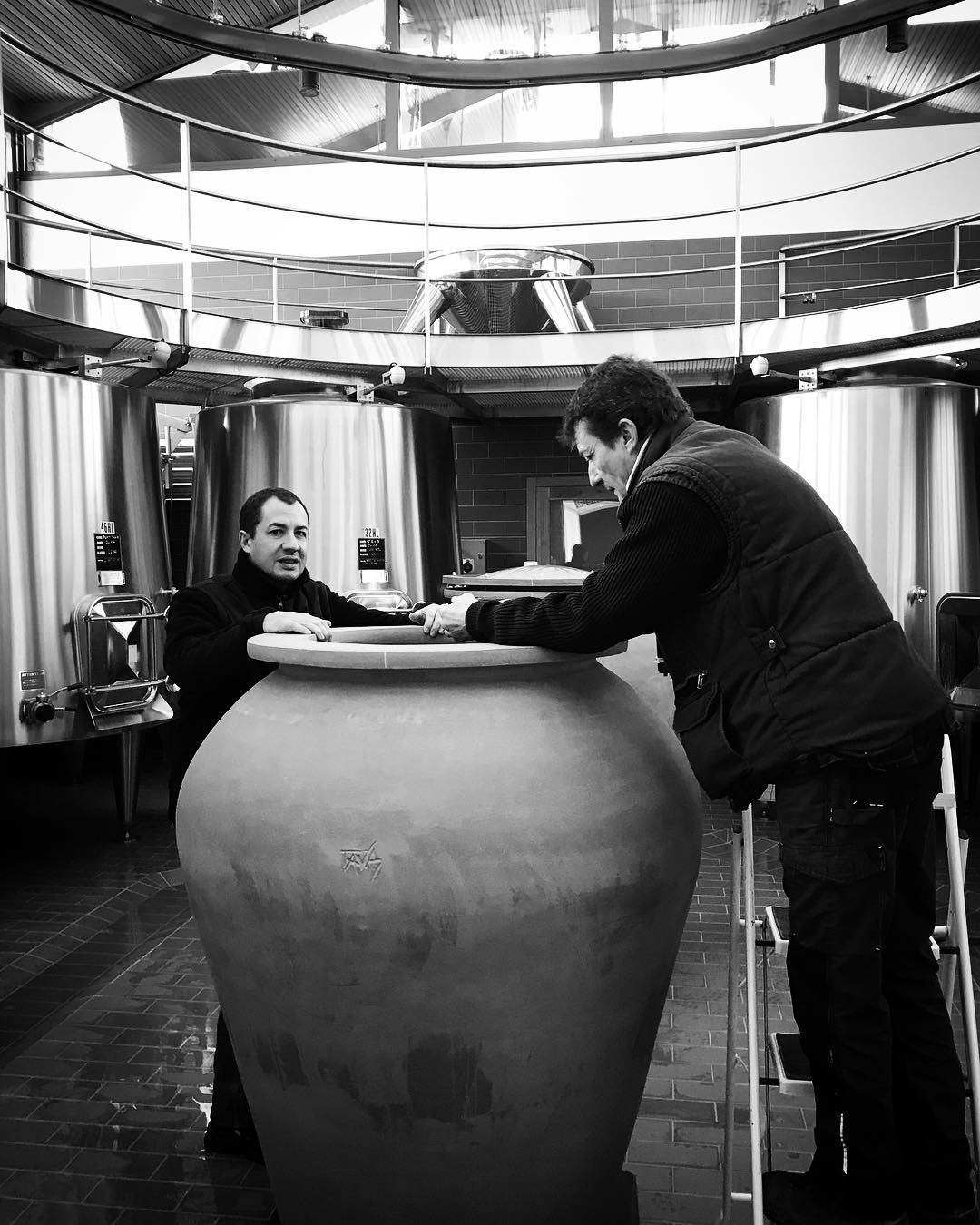 Guy, Martial and Thomas make sure that all operations are executed meticulously.

These three men are the core of the operational team at Château Pabus.

Guy Pourgaton is Maître Viticulteur, responsible for the management of the vineyard.

Thomas Hervé is the youngest member of the core team, providing support in both the vineyard and the chai.